What beckons for Beckham?


17 August 1996, David Robert Joseph Beckham exploded onto the footballing scene when he scored a spectacular goal from behind the half way line against Wimbledon. Before this, the young Manchester United midfielder was not considered the household name that he is today. Since then, he has progressed to become one of the most famous footballers to have ever lived, going on to star for Real Madrid and AC Milan whilst also recording over a century of caps for the English national team. Nowadays, 37-year-old Beckham is closing on his ever-nearing retirement from professional football following his MLS Cup triumph with LA Galaxy, and is now considering one last challenge before the door closes on his marvellous career. Billy Taylor looks at possible destinations for the England veteran.

With home attendance currently a problem in Melbourne, the signing of Beckham would definitely help out the Australian outfit when it comes to the issue of crowd atmosphere. Heart play in a 4-3-3 formation, with pacey wingers Mate Dugandzic and David Williams providing the dangerous attack along with Josip Tadic as the main striker, who currently has three goals in seven games. Beckham would slot into the one of the three midfield positions and would most likely start. However, there are some possible financial difficulties with this move. It will cost the club 2 million AU$ (roughly £1.3 million) to obtain the services of Beckham on a ten game stint, which is the proposed deal to lure the ex-England captain to go Down Under. As a club in debt, this could prove to be a stumbling block in their ambitious attempts. 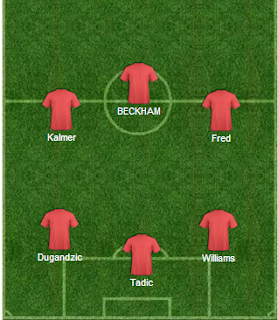 A move to China would be a step into the unknown for the former England captain, but then again, so was going to play Major League Soccer five years ago. Shanghai Shenhua will not host the best quality of football (they finished 9th in the Chinese Super League last campaign, which came to a close early last month) but they certainly make up for it with big wads of cash! Beckham was a pioneer of American 'soccer' and has arguably made it the success it is today, so why not try it again with Shanghai? Big stars such as Didier Drogba and Nicolas Anelka have already made the switch and have been a relative success. If Beckham were to move, it would open the floodgates for players young and old to make the transition in search of success overseas. Being a big Hollywood name in the world of football, he'd without doubt have a place in the starting line up, feeding his trademark passes and crosses to the former Chelsea strikers. Price and lifestyle would also not be issues with the fast growing Chinese economy, so it would definitely be a serious consideration for Goldenballs to move further west. 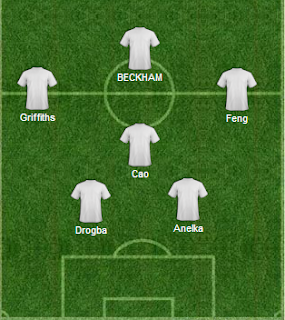 With no win in 15 games, times are looking distinctly bleak for the Harry Redknapp's newly inherited side as they sit stone-cold last on the Premier League ladder. Could Beckham be the player to change the fortunes of the west Londoners? Probably not would be your first thought. A massive influx of talent has clearly disrupted the core of a side who narrowly avoided relegation last season, and adding yet more players to an unsettled group would hardly steady the ship. However, this is David Beckham we're talking about. Redknapp has gone some way to changing the fortunes of QPR, losing none of the games he has taken charge of so far (but also winning none) and he may turn to experience in order to revamp his lacklustre team. Goldenballs (if he were to start) would probably slot alongside Argentinian Alejandro Faurlin in the centre of midfield, a player who is currently favoured over the high profile transfers of Granero and Stephen M'Bia, possibly to try and bring back the spirit of last season. Inevitable high wage demands wouldn't prove to much of a problem with Tony Fernandes at the helm, but whether he would stump up to pay them is a different story... 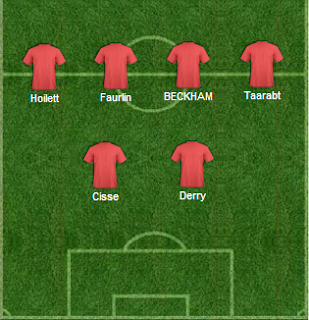 The newly promoted Hammers have faired bravely in English football's top tier thus far, but injury to key player Mohamed Diame (also prone to departure speculation) has meant that Allardyce's squad have been left with a sizeable gap in their midfield, and the east London born midfielder could have the ability to fill it. Beckham may also be persuaded to join due to the recent news that negotiations are ongoing to secure the Olympic Stadium for the Hammers, a venue that would see them get more coverage and attention as a club. If chosen to start, Beckham could either fill in on the right wing or next to Mark Noble in the defensive midfield, the latter being most likely due to the pace of English league football. Finances would be provided for the move to happen by the two wealthy Davids, but with the club in debt and also shelling out big payments to move into Stratford, it probably wouldn't be seen as financially sustainable in the long run. Then again, we are talking about the club that brought in Carlos Tevez and Javier Mascherano a few years ago. 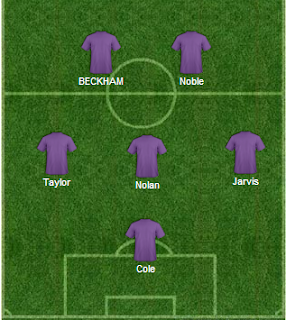 "If David Beckham still wants to win more trophies then this is the right club for him to join" said head-over-heels Zlatan Ibrahimovic, and he is certainly not wrong. Paris Saint-Germain, led by former Chelsea gaffer Carlo Ancelotti, are rapidly making a name for themselves worldwide after acquiring several big money signings, including the giant Swede himself. They currently sit second in Ligue 1 and have also booked their place in the next round of the Champions' League after topping their relatively easy group. Out of all the possibilities mentioned, PSG are clearly the best competitively and offer the most to Beckham in the way of football, but because of the high quality of standard in Les Parisiens squad, getting first team action would be a struggle. Aside from the beautiful game, France offers the glamorous lifestyle that the Beckham family have been used to during their time in LA, and they won't find that in a dodgy east/west end pub. This mega rich team should be able to afford his wages comfortably, and this plus the aforementioned would see the French side as favourites to capture his signature. 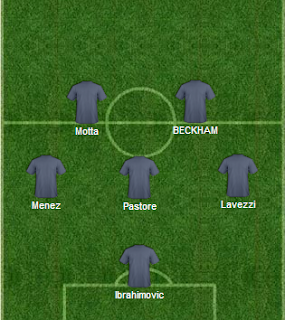 Which three teams will be relegated from the Premier League this season? (Pick three)